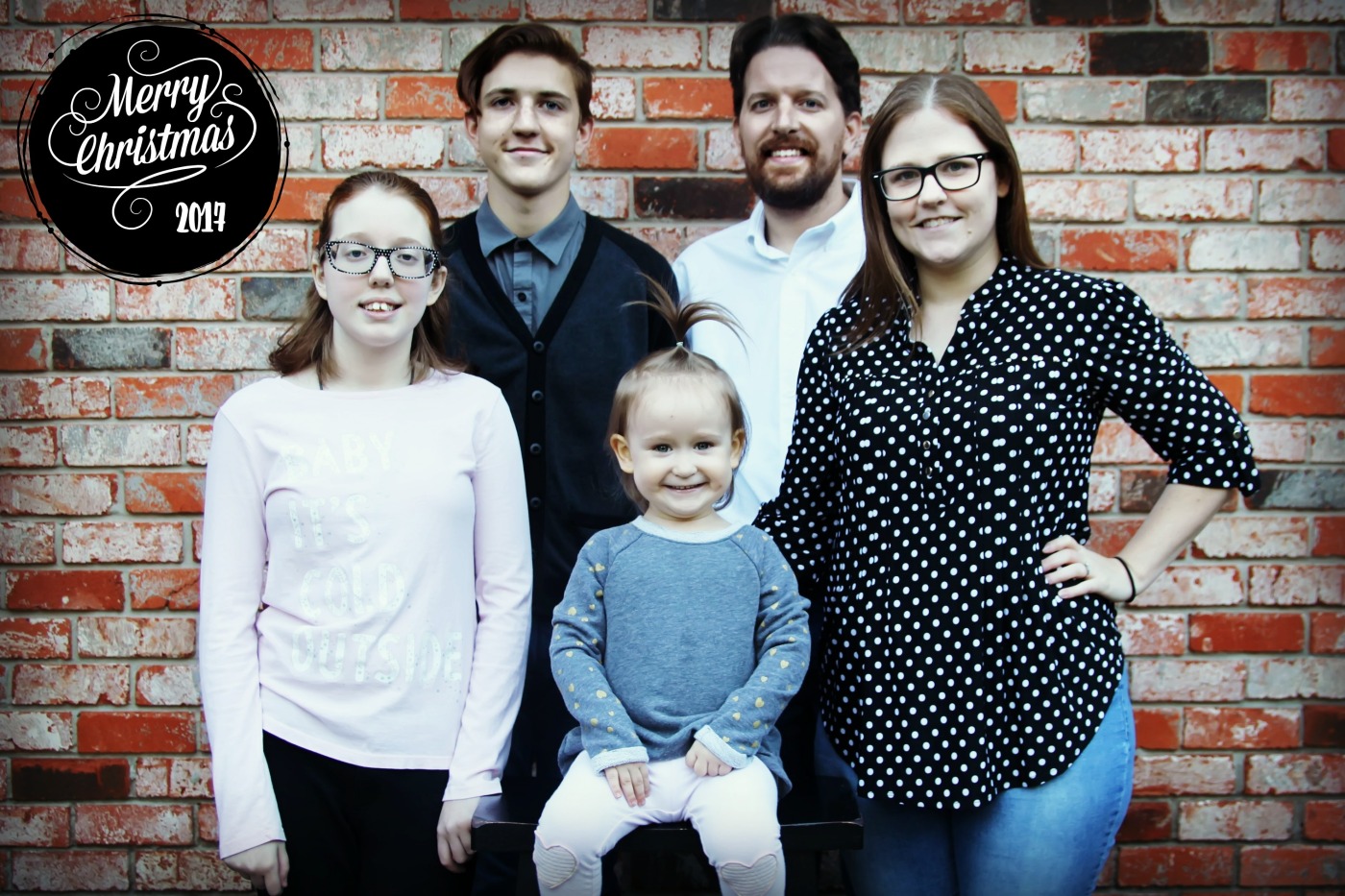 Another year has come and gone, and still, the complexities of getting this done and mailed in a timely fashion is just beyond me…so here it is, Christmas Eve and I am furiously typing this while still in my pajamas. Josie will be three next year, perhaps things will be different, but I won’t be holding my breath! But I digress, back to 2017 we go. What a year, eh? It is hard to reflect on the personal without bringing into it all the societal issues that have impacted us, but I will do my best or else we will be here well into 2018!

Let’s start with the youngest! What can we say about our Josephine? I think this is the first year that she has not thrown us any major curveballs. In 2015 we discovered her heart defect, and in 2016 we discovered her food allergies. We had a couple of allergic reactions this year, one ER visit, some additional allergens added to the list, but overall, Josie’s medical picture has been stable this year. She got the all clear at her cardiology check-up last month! She doesn’t need to be seen again for a year! She is definitely the most attached of our children, and I think she might also be the most opinionated, too. She likes what (and who) she likes, when she likes it, and that’s that. She’s very sensitive to other people’s emotions, and prefers everyone to stay in the even range. Don’t get too happy or sad, or she will chastise you…or start sobbing. She recently gave up her bottles, but she is still very dedicated to co-sleeping. Her favorite phrases are “Come on, I show you.” or “Bollow me.” She loves playing dollhouse and blocks, as well as doing art, and she will tell you that her best friend is Milly! 2017 is also the year that she fell deeply in love with Hammy. Josephine always keeps us busy!

2017 has been a difficult year for K. It started off wonderfully, she was participating in two local theatre companies and was especially excited to be performing some selections from Hamilton, but then her health took a major turn. She was having all sorts of really invasive symptoms and the return of some neurological episodes that had been gone for a long time. She was hospitalized a couple of times this summer. But she was finally diagnosed with dysautonomia in the fall, and we’ve been semi-successful in treating it. She still has some days when she cannot really get out of bed and needs her wheelchair to get around safely, but some days she feels like herself and can do normal things. We never really know what kind of day it is going to be in advance or even what later in the day might look like. It’s been a bit of a difficult adjustment after a couple of really good and healthy years for her. She also got CROS hearing aids this year and it has been so great for her. They take the sound from her deaf ear and route it to her hearing ear. They also pair to her phone/iPad via Bluetooth and I think that might be her favorite part, perma-headphones! We are in the process of getting her a new wheelchair (that she actually fits in) with electric options so she can propel herself when out in the community. Aside from health issues, K has also become a really fantastic artist this year and can frequently be found working on different pieces on her iPad. She also loves writing and hopes to be an author some day, and as always, she is VERY into musical theatre! She has a really good group of friends who are so precious to us and I think their presence and their accessibility through technology, even on her not so good days, has been a huge contributor with how well she has handled her challenges this year. We have been able to attend a couple of TUTS performances together this year and were even able to bring her friends to one, which was very special.

N is a sophomore now. He is still participating in marching band and Boy Scouts, and when he has free time he can be found on his computer playing with his friends or hanging out with them. He’s been working on Driver’s Ed so he can FINALLY get his permit, and he is starting to think about colleges and prep for his SATs, thanks to his Aunt Laura’s encouragement. He would like to go to UTD one day and that will require LOTS and LOTS of scholarship money! He’s a very smart guy, he is concerned with issues beyond himself, he cares deeply about his people, and he makes us so proud. We attended a couple of concerts together this year and I think those experiences were among his high points! He got a high-five from the lead singer of Saint Motel! 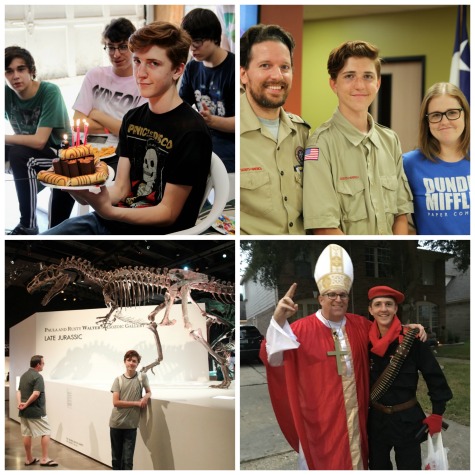 Josh has had a very exciting year with his YouTube channel, Josh H Gaming Corner, and has made connections with several game designers. Of course, he still loves to play board games and gets together with his friends a couple of times a month to play, on top of running games for his channel. He is in the midst of a month-long board game playing challenge, in which is plays a different game every day. Katie has been a very good sport and helped him accomplish at least half of his list. It’s basically board games all the time in Josh’s world…when he’s not cooking dinner, doing chores, running kids around, or doing whatever Josie demands.

It has been a good, yet challenging year for me. Politically and personally, there have been so many things issues bubbling under the surface at all times, but it was a good year for personal connection and finding my voice in the midst of chaos. I have dedicated more time to writing; including writing daily for the month of November and recently submitting pieces to The Mighty, as well as continuing to write for Houston Moms Blog. I also had a post go viral, which was very surreal. I went to Austin twice, once to testify in front of the Senate Finance Committee to fight cuts to CHIP and Medicaid, and once to speak to legislators about healthcare in general. I was also on a local podcast just last week, discussing healthcare and advocacy. I’ve had the opportunity to hear a lot of great people speak this year including Joe Biden, Dan Rather, and Jen Hatmaker; and spent loads of time with great friends. We found a lovely new church and being in community with like-minded believers has been a beautiful thing.

If you made it through this, thanks for hanging around! We are wishing each and every one of you a very merry Christmas and a new year full of depth and the beauty of human connection! So often years are not simply happy or even mostly happy, but there is such beauty in the rich connection to others, even when times are tough…so whatever your new year holds, I hope there will be enough love and kindness and laughter to carry you through it.

One thought on “Christmas Letter 2017”