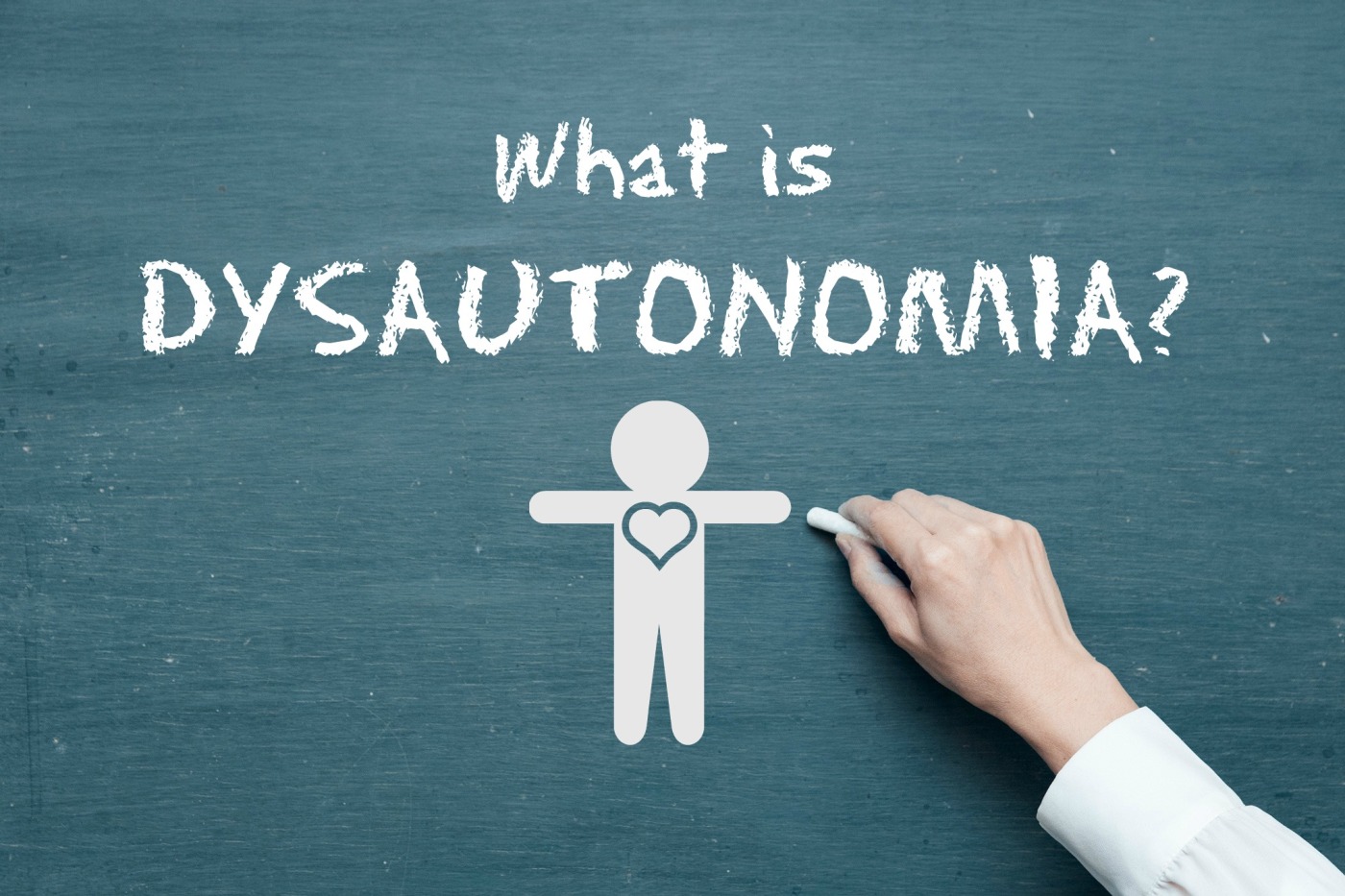 To understand dysautonomia, first you have to understand what the “autonomic nervous system” is. The autonomic nervous system is the part of the nervous system that controls the internal organs (blood vessels, stomach, intestines, liver, kidneys, bladder, genitals, lungs, pupils, heart, sweat/digestive/salivary glands). It basically runs your internal organs. It has two “modes” so to speak. One mode is sympathetic (“fight or flight” mode) and one is parasympathetic (normal mode).

When your body kicks into sympathetic mode, it does the following:

Basically, all the things your body usually works on, like normal heart rate and blood pressure, digesting food, eliminating waste are switched off so your body can use all its energy to survive a short-term threat. But for people like K, this switch gets flipped all the time, without any imminent threat. Sometimes it just stays on all the time. There are many symptoms that go along with this, and you can read more about them here. Everything the body usually tightly regulates, all on its own, is no longer being maintained in an automatic and predictable manner. The video below is really helpful.

Dysautonomia is diagnosed with a tilt table test. K was first referred to arguably the top children’s hospital in our area for diagnosis and they did a “poor man’s version” of the test and she passed. Basically, they checked her BP laying down, sitting, and standing…and that was it. She just barely missed the threshold for diagnosis. Several months later, still suffering, we were able to go to a different hospital, she had a REAL tilt table test and the results were pretty shocking.

Above is the report from her testing. The line that the arrow is pointing to is her stroke volume. This is how much blood her heart is pumping. Initially, it looks good and then when they tilted the table so K was in an upright position, it dropped waaaay low and maintained that really low stroke volume the entire time she was upright (20 minutes). If your heart can hardly move any of your blood volume in an upright position, it is going to cause all kinds of symptoms throughout your body. Organs need blood! At the time of this test, K was already partially medicated for this condition as part of trying to control her migraines, so it was likely even worse before. All of her vitals are significantly different when she is upright, but that one was the one that really surprised me.

The test at the previous hospital didn’t look at this factor at all (or at several other factors), so K suffered for several more months because their testing protocols are not up to date. We had to go there because our state forced all of their medically-fragile kids onto MCOs (this means we went from traditional Medicaid, which is government run, to being outsourced to for-profit commercial health plans) in an effort to cut costs, and the one we chose (to accommodate most of her providers) wouldn’t allow her to go to the hospital that is better equipped to diagnose and treat this condition. This is one reason why for-profit health plans shouldn’t be deciding who can go where, especially kids with extremely complex medical pictures. Traditional Medicaid was so much better for these kids (if you live in Texas, feel free to contact your state reps and tell them that!).

Some of the ways K has been affected include: GI problems, bizarre vision changes, migraines, dizziness (to the point of not being able to safely stand), weakness, fatigue, lethargy, brain fog, difficulty concentrating and remembering things, changes in sensation, tremors, hot/cold flashes, heart palpitations, heavy eyelids, nystagmus, trouble focusing her eyes, constant pressure behind her eyes, headaches, joint pain, dilated pupils, and nystagmus. This is addition to the other medical issues she lives with. As I was writing this, I had a light bulb moment. K has been having more issues with her ketosis recently, and when I came to the information about increased basal metabolic rate, I realized that is likely what is triggering it. She may not be DOING something super active that kicks her into ketosis, but her body is still burning through her glucose. A-ha! She has been doing much better overall since we started medication, but we had to adjust one recently so she’d been having a bit of a harder time recently. We were seen in clinic today and are going to add in something new and then readjust things as needed, but hopefully she’ll be back on the semi-steady ground soon!

Dysautonomia is a complicated and often poorly understood condition. It is also hard and exhausting to constantly be fighting against your body to just live life. All of that is even harder when the outside world has NO understanding of what is happening to you or why. Even though I knew K was struggling, I was shocked at the results of the test. She had hardly any symptoms during it so I really did not expect it to show much, and certainly not the extent of issues that it showed! If it can be tricky for us to understand and we live with it daily, I know that it must be even more perplexing to those who have no personal experience with it. My hope is that this will help everyone understand what K is dealing with a little bit more.

4 thoughts on “What Is Dysautonomia?”