Sleeping Beauty and Her Winter Knight

I took K and two of her friends to see Sleeping Beauty and Her Winter Knight at TUTS last night and it was SO fun! I was really surprised by how much I enjoyed it. Before we get to that, I need to back track a little bit to cover how we even ended up at the show.

A while back, Houston Moms Blog had an opportunity for contributors to win a 4 pack of tickets to attend the show, but I didn’t toss my name in because we had two tickets of our own to use. Our tickets were for Friday night, but sadly, K has had a couple of rough weeks with her dysautonomia to the point of needing her wheelchair in the house at times (which is a new thing) so we gave our two tickets away so someone could enjoy them and we had a pajama and pizza (in the garage, of course. We can’t have dairy/eggs/sesame/lentils/chickpeas in the house because of Allergy Toddler) night. I hadn’t even mentioned the show to K, because I didn’t want her to feel bummed, but it came up in the end and she was kind of disappointed. “Single tear.” as she is fond of saying. Then it turned out my friend who had gotten the tickets through HMB was unable to attend and she graciously offered them up and saved the day! Not only did K get to see the show, she got to take her best friends along on Sunday night. We were able to get really good accessible seating and it was a very fun night for all of us. 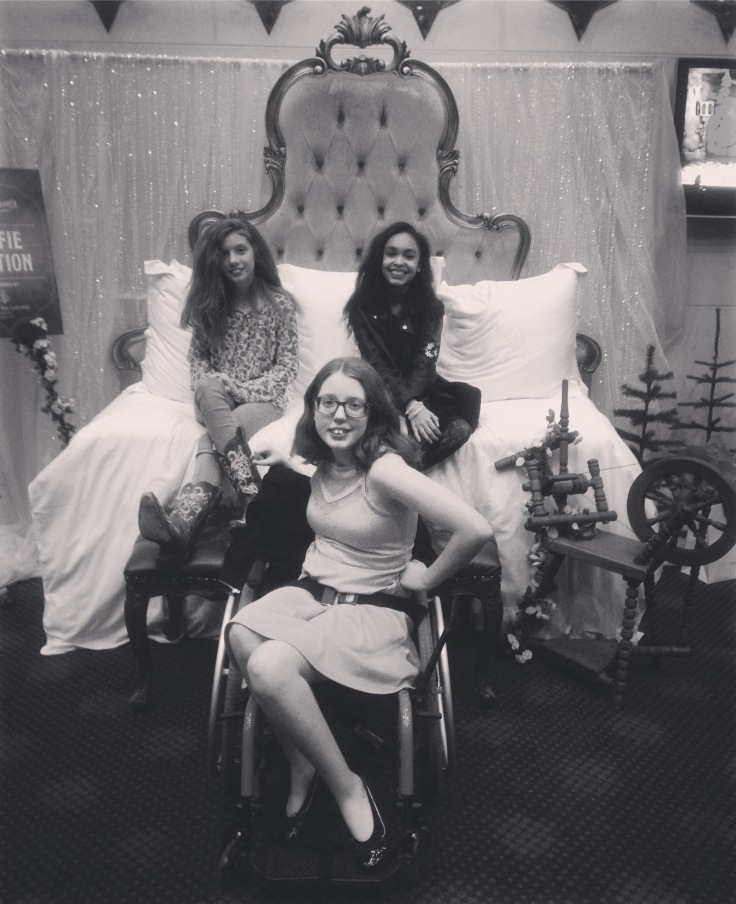 Back to the show; I don’t know what I was expecting, but I know that it was definitely NOT what I was expecting. It was a HILARIOUS show. The cast had amazing voices, and the songs were mostly pop songs we all knew. There was a ton of Houston-based humor throughout the show, and fun audience participation. John O’ Hurley was in it and there was a J. Peterman reference, as well as humorous nods to many of the actors previous gigs. Silly Billy (fun fact: Silly Billy is in this Back To The 90’s video!) and Nanny Tickle stole the show. K thought it was a little “cringey” at first (pop music, silliness…what did I bring them to, a Kidz Bop concert?!) but she was having a great time very soon. If you have a chance to see the show and are one to enjoy a bit of lighthearted fun, DO IT. I was really shocked by how much fun it was. 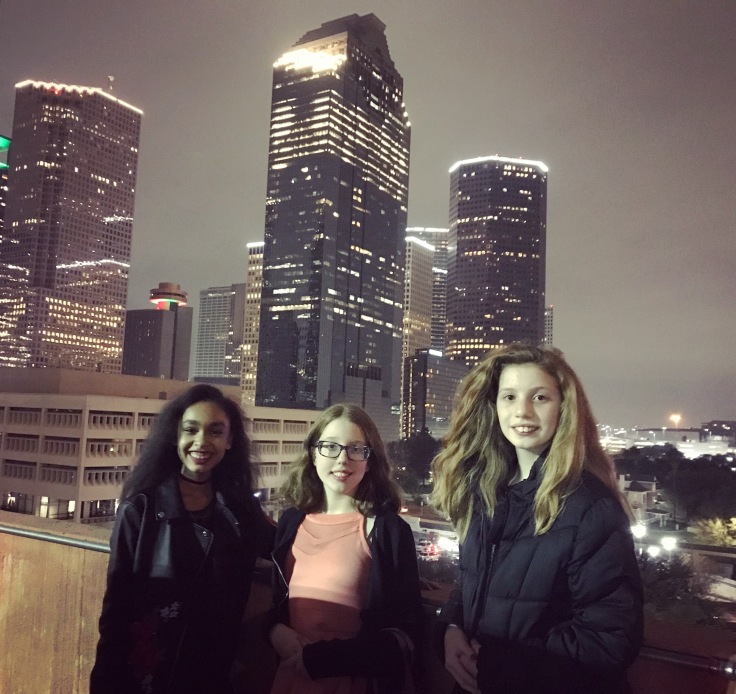 As a side note, our experience with accessibility at TUTS has been fantastic. We’ve been to two shows this season, both were captioned and K has also been able to get an assisted listening device (for free) so she can hear the show. This was the first time to be in wheelchair seating and it went really well. After the show, the elevators are on manual so the staff can make sure it gets to the floors where people with limited mobility can get on in a timely manner. Everyone was very helpful and kind, even though we did have a couple of blips with our ticket pick-up initially.

Thanks for a very memorable night, Theatre Under the Stars and Houston Moms Blog!

2 thoughts on “Sleeping Beauty and Her Winter Knight”