We had a great Christmas this year…well, we had several Christmases, actually. They were all good! Family, friends, presents, food, church, an awesome trip to the North Pole. Good stuff. 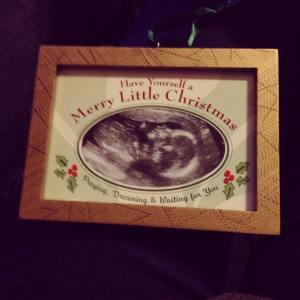 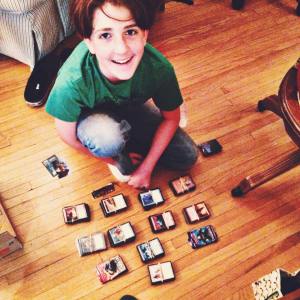 For our main family Christmas, we handled things a little differently this year and adopted something new called “Want, Need, Wear, Read”, as our gift themes. So each person (Josh and I even did our gifts to each other that way), got 1 gift in each category. Plus gifts from Santa and people outside our nuclear family, of course! It was pretty great! It really helped cut down on extraneous “stuff” (oh, the dreaded impulse buys!) and helped focus our choices. N got the game Shadows of Mordor (want), a nice canvas messenger bag from ThinkGeek “The Bag of Holding” (need), a new pair of slip-on Chucks (wear), and the strategy guide for Warlords of Draenor (read). K got a canopy for her bed (want), a kids Sonicare toothbrush (need), a custom knitted Elsa beanie with braid (wear), and a set of Minecraft books (read). The kids also always get to pick one gift for each other to exchange on Christmas Eve (in addition to the new pajamas and movie that our elf brings to them) and they did great this year. I think N got K the one thing she wanted most, a cheap little My Little Pony book that came with a set of 12 little pony figures. He got hugged for that and I think he regretted doing such a good job! 😉

I also loved the thoughtful gifts that the kids chose for me. N bought me a Brita bottle with a filter, since I’ve been drinking so much bottled water while pregnant (our city water tastes weird…too much chlorine!) and K got me a Chili’s gift card, specifically for ribs. I guess my weird craving (I don’t usually eat any meat attached to bones. GROSS!) from a couple of a weeks ago really struck a chord with her. The presentation was the best (Josh helped):

Little Duck also got some gifts this year, even though we had to open them for him/her. My best friend, L (who is due on 1/11), made this beautiful blanket for our little babe. So special!

I could go on about Christmas for a while, but I’ll stop there! It was the BEST CHRISTMAS EVER, according to K, and with the exception of being woken up at 3am I think I agree.

On to the next big thing…the new year! It is officially 2015! The kids went out to the country with my parents to do fireworks (and chop wood, which was apparently a big hit). We had a great night last night with friends…dinner out and then game night. But a couple of our friends opted to stay in, so Josh decided to find a way to bring them along so they wouldn’t miss out on any of the fun. We got a real kick out of including them in our night! We made it until midnight (and beyond, Little Duck kept me up late!), even with a couple of pregnant ladies in the mix.

As for the new year itself, it should be a big one around here. There will be a new baby, K will turn 10 (a full decade of life with K!), and N will turn 13. The teen years are almost upon us. Eeek! K’s resolutions are to: try to open the soap even when it seems too hard for her, be happy, and wear bras sometimes. She is so hilarious. N said he doesn’t have any resolutions because he’s already his best self. He is also hilarious! I don’t really make resolutions, but I did get a 5 year journal for Christmas, so I hope to make a habit of writing in there daily to capture the little things that tend to slip by…and maybe I’ll attempt to write here a bit more often, too. Life is going to change this year and I don’t want to let it zoom by without taking notice!