How We Give Matters 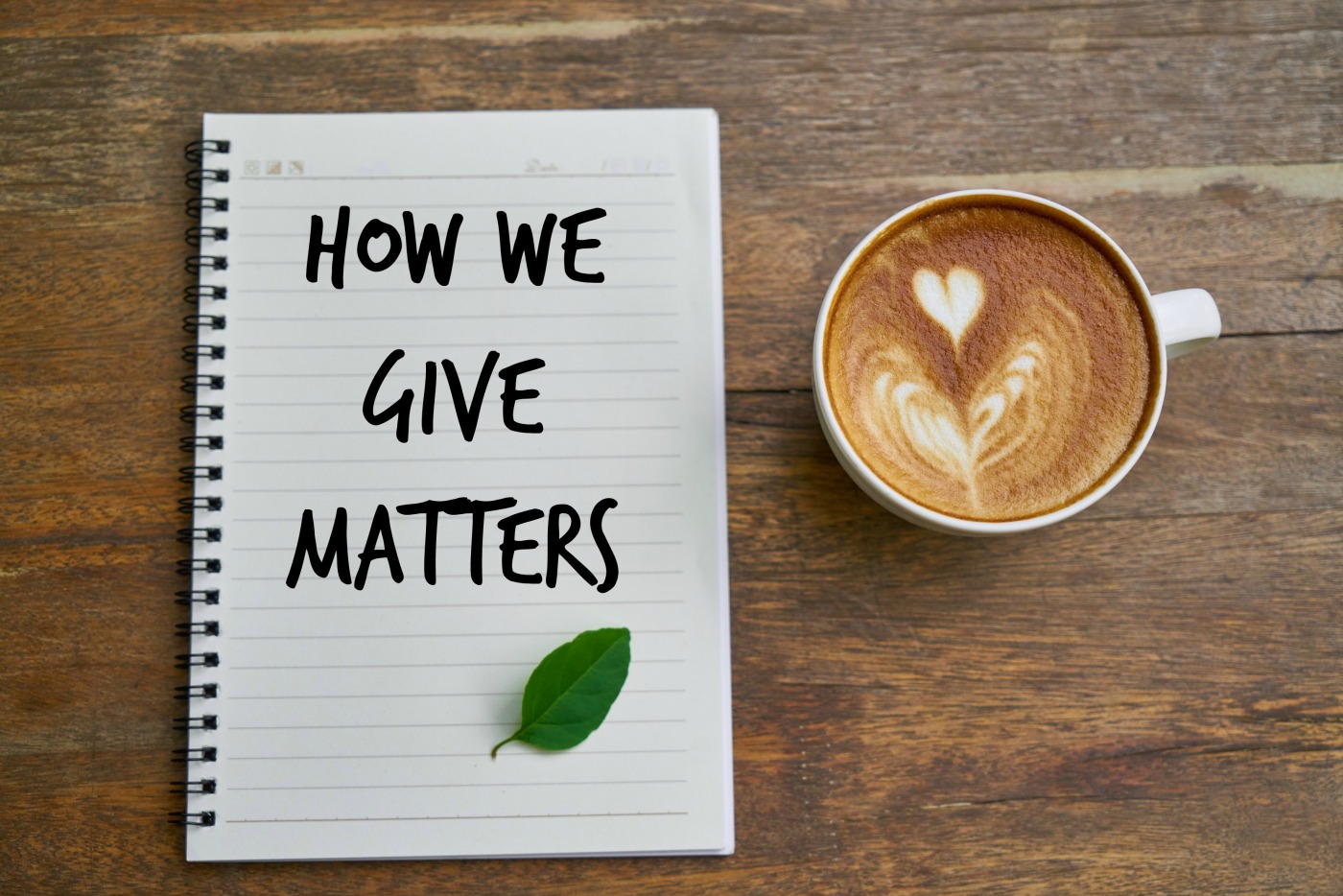 The holidays are a time we think about giving to others, and rightly so. We are so fortunate to have so much, but all that we have truly belongs to God and we are not meant to hold tightly to it. It is meant to be shared. As we are deciding how to help, I think it is important to think critically about our options. I want to start by saying that I don’t have the answers here, but I think it is important to discuss anyway. I was totally unaware of many of these issues for most of my life, and maybe you have been too. Helping, even in less than ideal ways, is better than not helping, but if we can do better, I think we should. Here are a few popular charitable efforts that may need reconsideration.

Short-term Missions:
Think about the amount of money you have raised if you have attended one of these trips, airfare, lodging, food…whether or not some of these are provided for you, the cost is real. Now imagine what those same funds could do in the hands of these impoverished citizens or in the hands of local organizations that exist in these communities full-time, who can help affect change on a sustained basis. Our presence, although it is the most important thing to us in one of these trips, does not really impact the people we visit. They are usually already Christians who are linked to a local church (which is how we connect with them in the first place). Often people on missions trips just observe daily operations, play with some kids, or perhaps do a little manual labor. It is what we did on our “senior missions trip” to El Salvador. This manual labor that could be outsourced to local citizens and help them earn a wage. In one story I heard, there was a wall that was taken down after one trip had been completed, so the next team could have something to (re)build when they arrive, over and over. In another story, I was told about a whole village of homes that had been built in Haiti by missioners without any understanding of how they build their homes to remain cool, so those homes just sit unused because they are hot box death traps. Obviously everyone who goes on missions trips have hearts that are full of the best intentions and a pull to give, but the systems are more broken than we realize. People do profit off of these trips and it is rarely the people we want to help. How ever we seek to serve others, I think it is important to view the citizens as people who are just as capable as you or I, who don’t need interaction with someone from the West to succeed or thrive. If you’d like to read more on this topic, I found this article to be really helpful and it includes alternative practices to some of the problematic ones: 7 Reasons Why Your Two Week Trip To Haiti Doesn’t Matter: Calling Bull on “Service Trips” and Voluntourism (the title is a little harsh, but the info is good…even if geared to doctors)

Filling Shoeboxes for OCC:
I honestly did not give much thought to filling shoeboxes. It seems innocuous and such an easy way to give to others and include kids! But then an article much like this one: 13 Things I Want American Christians To Know About The Stuff You Give Poor Kids and it really opened my eyes. Take the time to read it, because it says this better than I could. I think this part of that article is really important, too:

I’m asking you to be humble and teachable, I’m not asking for repentance. Sometimes when humans do something and love doing it and do it for years and later find out it might not be the best thing to have done, we are plagued by guilt. So plagued, in fact, that we refuse to admit it. The fear of being wrong or of having made a mistake, even with good intentions, is unbearable. So we press on. But let me be clear, I don’t believe it is ‘sin’ to pack a shoe box. Good grief. Everything isn’t so black and white. I just think we can do better. We all, I hope, are on a journey that will continue until we die, a journey of growth and change and learning. One of the awesome things about grace is that it exists! It is abundant and never-ending. May we never stagnate.

We have such a hard time admitting that something we’ve undertaken with the best of intentions may not be ideal. It feels like personal judgment, but really it is just an opportunity to grow.

Orphanages:
Did you know that families in poverty are often incentivized to sign over their children to “boarding schools” for better opportunities, and then the parents are later told that the children have died and are given fake birth certificates so that those children can become orphans? WHAT! I know that is not the case in all orphanages, but the thought of it is just insane to me. To me, it is obvious that preserving the family should be the goal, but when money is to be made from splitting them apart, people do exploit it. Ugh. You can read more about other problems here: To Stop the Institutionalization of Children, Stop Volunteering in Orphanages This quote really shocked me:

In Uganda, research by Mark Riley, founder of Alternative Care Initiatives, a Ugandan NGO supporting the implementation of family and community-based care models, found that mission trips to the country where an orphanage visit was the primary component totalled $5m a year.

Meanwhile, the cost of closing an orphanage of 30 children, addressing the reasons for separation, and supporting families for at least a year is $12,000.

How many orphanages could be closed with 5 million dollars a year? How many families could be reunited and preserved? What a priceless gift that would be!

If you are still reading, thank you! This is such a dicey subject, but it is also worth talking about. Unfortunately, human greed will always rear its ugly head if someone thinks there is a profit to be made, even if the profit comes at the heartbreak or destruction of a fellow human. It’s a terrible truth. But those of us who seek to do good should persevere in our efforts and do our best to be sure that we are giving in wise and impactful ways so that the help reaches those who need it so desperately and builds their communities up, rather than breaking them down further. It is a goal worth pursuing!